After completing my grad program at UC – Berkeley, I took a gap year to pause, unplug and rediscover myself. I wanted to put my business and engineering skills to a good use while I travelled around the world. Traveling, teaching, staying at orphanages and working with different NGOs has helped me develop a broader perspective on many areas of life. It also helped me gain valuable experience before starting an NGO, United World Foundation, in India.

During my volunteer trip to Kenya, we went to a few outreach programs organized by Fadhili Community. Through the outreach program volunteers assisted slum dwellers in nearby areas through initiatives such as medical camps, HIV counselling, teaching and feeding programs.

After visiting the KCC slum project, all of the volunteers who participated in the Fadhili Community Outreach Program went to visit the Vumilia IDP Camp.

Vumilia means Endurance in Swahili. Unlike a refugee camp, the IDP camp provides shelter to internally displaced people who remain within the borders of their own country. After the announcement of presidential election results in early 2008, there were intense communal riots. As a result over 1300 people lost their lives and around 650,000 Kenyans were displaced. Many families never returned home due to fear of further violence. And many more lost everything they had when their houses were burned down.

Located around 130 km from Kenya, the IDP camp is home to around 700 people out of which one third are kids who are in need of schooling. I still remember the first sight of entering the IDP camp. Countless shacks were built from rusty iron, old plastic or pieces of clothing and cardboard boxes.

The IDP Camp outreach program had three components. The first component included helping with education. Volunteers who came to visit the camp before us had been working on a classroom for the slum kids. We continued where they left off and finished painting the classrooms. After lunch we visited some families who had been living in the IDP camp for years. Their stories were very touching. In one small “room” which included their kitchen, bedroom and living area, a family of 6-8 people ate, slept, and lived. 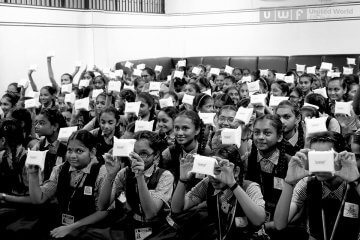 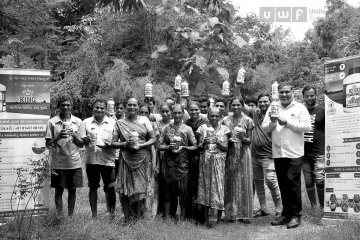 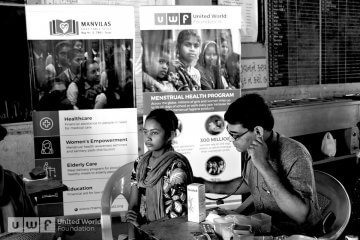 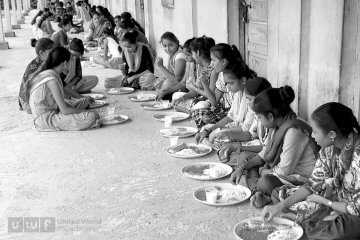 Every Action Matters Every Effort Counts